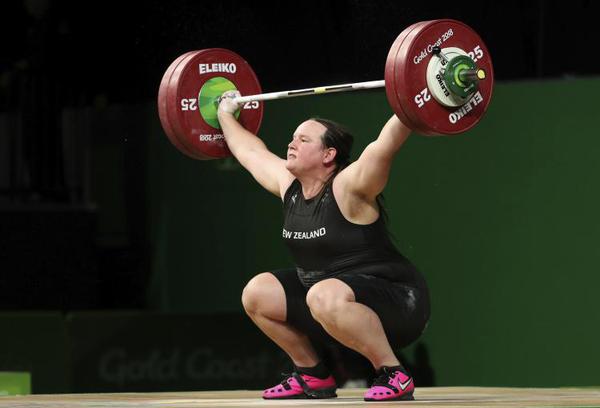 A Gold Medal Question: Should Women's Sports Even Exist?

The Tokyo Olympics prompted the latest furor over transgender participation in women’s sports. It came when New Zealand named a transgender woman (above) to its weightlifting team. This athlete’s participation raises questions far beyond this Olympics or that particular sport. The same questions arise whenever a transgender person competes at any level, from high school to world-class. When the winner takes the victory stand, biological women can’t help but wonder if they were treated fairly. Tr 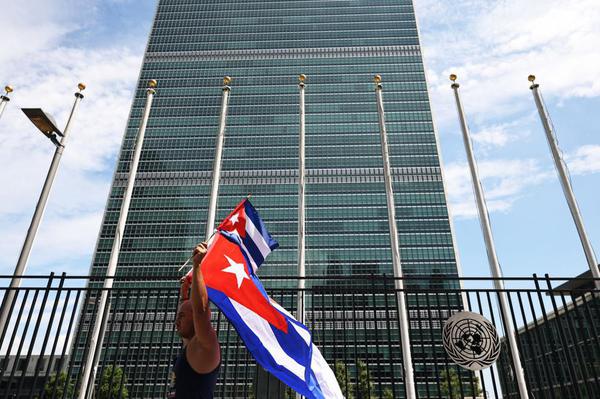 The small-minded people who believe in freedom and democratic self-government have their shorts in a bunch over the Biden administration’s invitation to the United Nations to review our country’s civil-rights record. What a superb idea. Long overdue. The countries filling the human rights bodies at the UN have the kind of expertise you can’t get by reading books or following the rule of law. You have to get that kind of experience in the streets. Police brutality? All you have to do is ask the 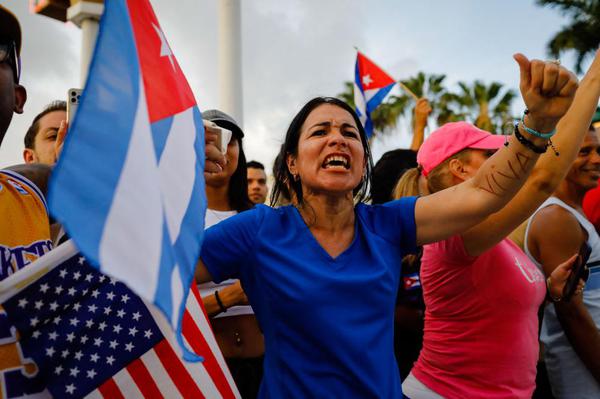 In the U.S., "Cuba Libre" means a rum and Coke. In Cuba itself, it means something far more intoxicating: freedom. We are seeing that cry for freedom now in the streets of Havana. Regimes do not give up power willingly, and popular protests may not make any difference. Just ask the Maduro regime in Venezuela, which has smashed uprisings repeatedly. Still, the demonstrations in Cuba are big enough that the Biden administration finally offered some quiet praise after remaining silent for days (ju 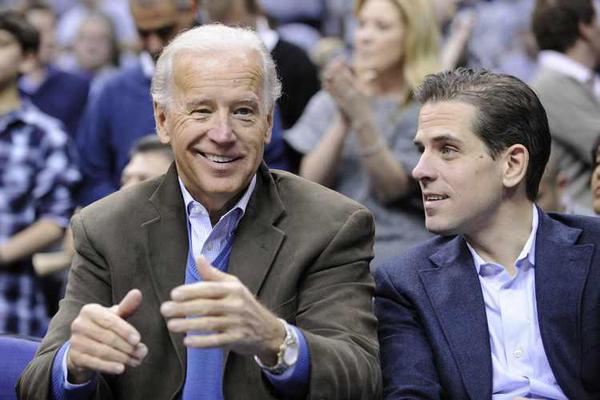 The indictment of the Trump Organization’s chief financial officer has received a lot of press, and properly so. But while the media has been focused on the former president, they have ignored another corruption story involving the sitting president and his family. Like so much news that has been buried, the latest comes from Hunter Biden’s infamous laptop. You know, the one the Bidens and their allies in Congress and the media suggested was a “Russian plant” and disinformation campaign, before 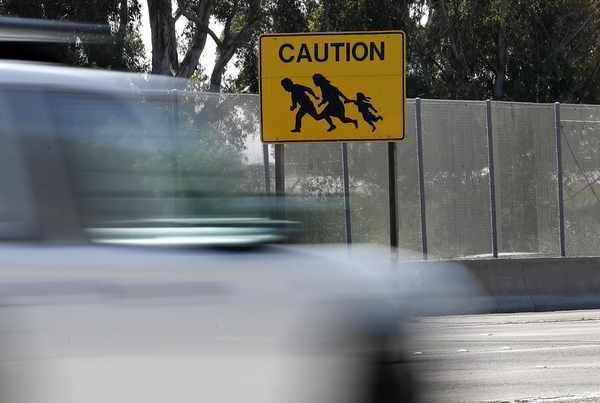 The crisis of illegal immigration—to give this calamity its true name—is growing increasingly grave. The reason is no mystery. The Biden administration replaced policies that staunched the illegal flow of migrants with policies that actually encourage it. Instead of securing the U.S. border, the administration says it wants to deal with the “root cause,” desperation in Central America. That won’t work for two reasons. First, the administration doesn’t have the tools to markedly change condition 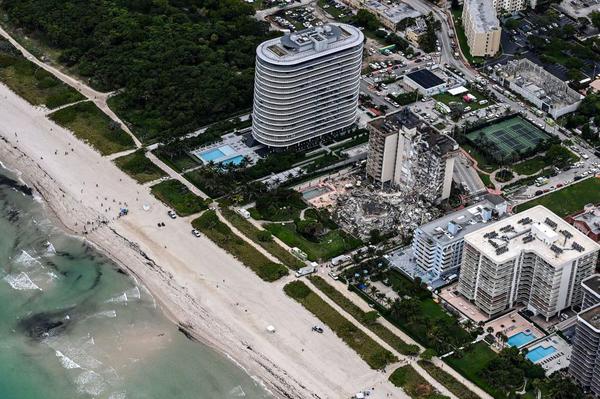 How cable news will inevitably politicize the Surfside building tragedy

Nothing could be more predictable than media coverage of the catastrophic building collapse in Surfside, Florida. Cable news will feature it because the story is both shocking and eye-catching. Their obvious problem is that the cable channels have hours of air-time to fill and precious little real information, beyond dreadful pictures and interviews with bereaved friends and family and others who escaped the tragedy. To save hours of watching this low-information disaster footage, the best thi 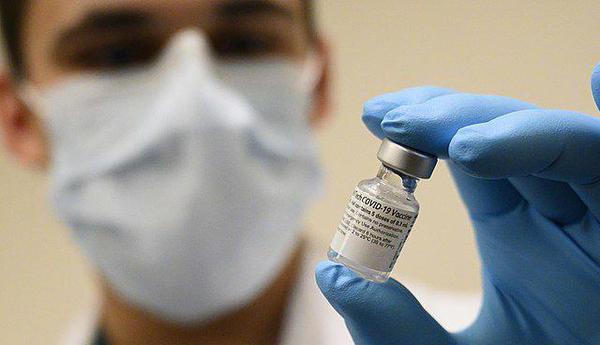 Despite Vaccine Triumphs, Science’s Performance During the Pandemic Has Been Decidedly Mixed

For the health sciences, these are the best of times and the worst of times. The best have been dramatic achievements emerging from American and European labs. The worst have been lab practices in China and the secrecy surrounding them. The powerful tools developed by Western scientists were consistently used to save lives, most dramatically with the development of vaccines that have succeeded in suppressing the pandemic in those places where their use has been widespread. The same tools, in th 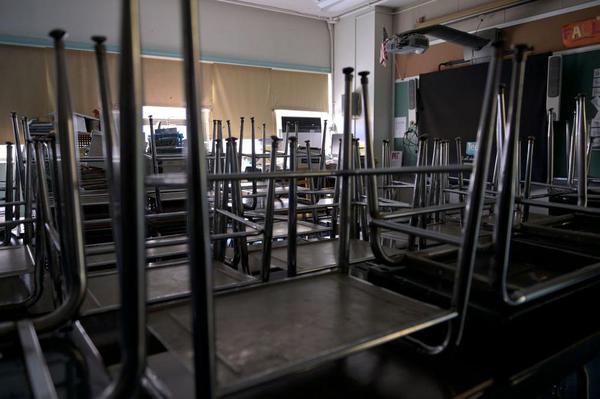 Sometimes, just below the surface lie some very powerful connections among seemingly unrelated problems. That’s true for the seemingly unrelated problems of rising crime, the year-long closure of public schools, acute employee shortages, and parents’ outrage at kids being taught critical race theory. Substantively, these issues are vastly different. Conceptually, they are united by the crucial importance of incentives. Bad incentives produce bad outcomes, and that’s exactly what is creating many 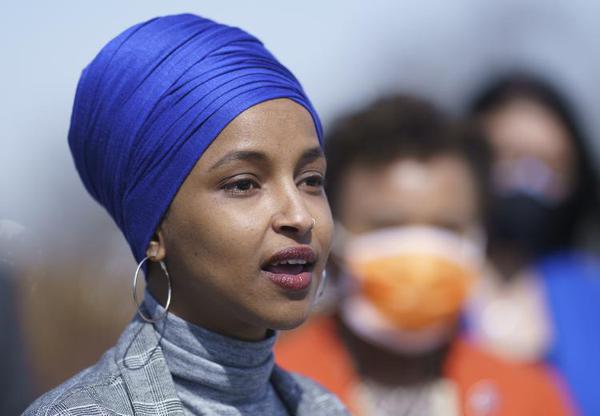 Ilhan Omar and Contempt for America

“We have seen unthinkable atrocities committed by the U.S., Hamas, Israel, Afghanistan, and the Taliban,” Rep. Ilhan Omar of Minnesota tweeted last week to her 1.2 million followers. They responded with warm support. House Speaker Nancy Pelosi was cooler. Although the speaker lives in San Francisco’s progressive echo chamber, she heads a national party and understands that most voters do not think our country is similar to the Taliban or Hamas. They have noticed a few small differences. Nor do t 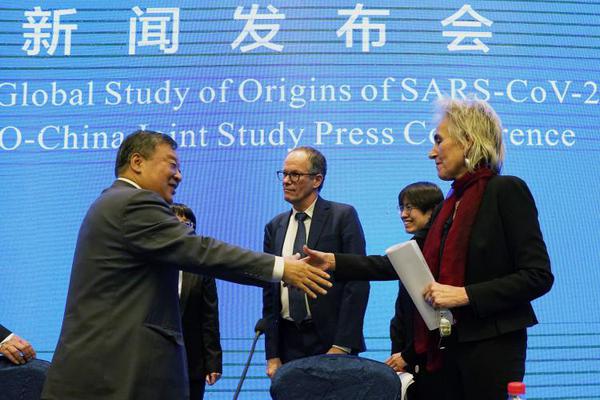 Who Loses When the China Bat Cave Implodes?

The story about Wuhan’s “wet market” is taking on water. We’ve moved well past the “trust but verify” stage. We’re now in the “don’t trust a damn thing they say” stage. In this case, “they” refers mostly to the Chinese Communist Party. But the public’s mistrust has spread to our own government’s public health experts, and to much of the Western media, as well. We still don’t know where the COVID-19 pandemic originated, but the more we learn, the less China’s official story sounds right. The Wor 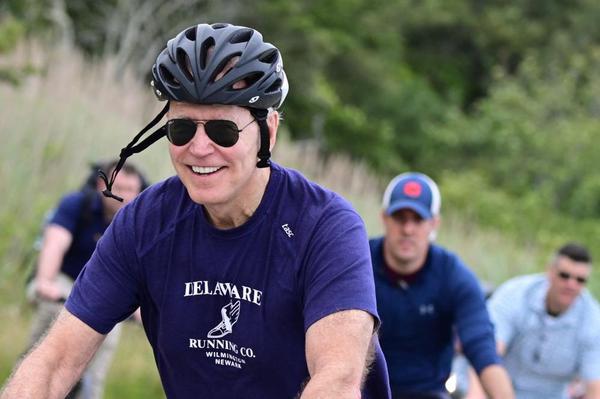 Let the president play on the beach or the golf course

Every president is criticized, sooner or later, for taking too many days off, for lounging around when we’ve hired him to work. Since the media hates Republicans, that criticism is usually directed at them, but even some liberal publications have noticed that — shock! — Democratic presidents play golf, too. That criticism, most recently in Amber Athey’s article in The Spectator, is wrong. It misses the bigger, more important issues — and not just because our country would be well served if most 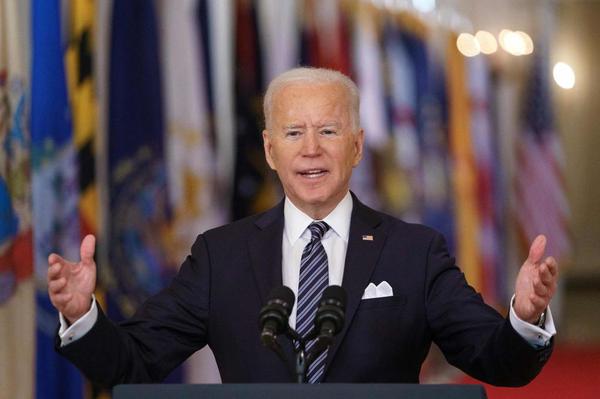 President Joe Biden just proposed the largest budget (as a percentage of America’s economy) since the country was fighting Nazi Germany, Imperial Japan and Fascist Italy. He’s doing it when there is no emergency, only an overweening desire to pass progressive programs quickly, before they lose their legislative majority. The best historical analogue to his proposed budget increase is Lyndon Johnson’s cradle-to-grave Great Society Program. It has the same flaws. In fact, Biden’s program is best 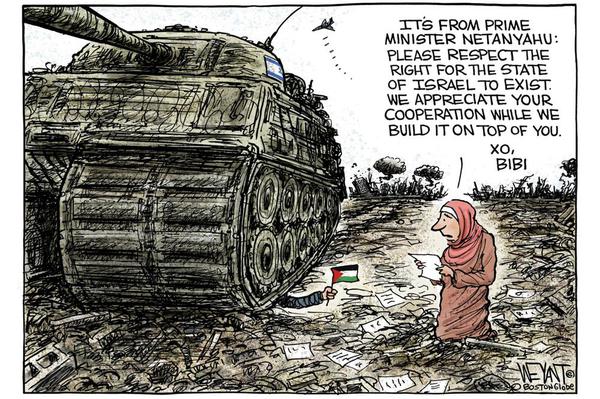 Elite anti-Semitism at the Boston Globe

Some people think the vicious attacks on Jews happen only in Times Square or in Los Angeles restaurants. Not so. They think the apologists for these crimes are limited to the Squad and extreme leftists, some of whom actually tweeted it is wrong even to condemn anti-Semitism. That sewer of hatred would be dreadful enough, but the problem is bigger than that. The thugs on the street have some ideological backing from the mainstream media and, of course, universities. Take a truly noxious cartoon 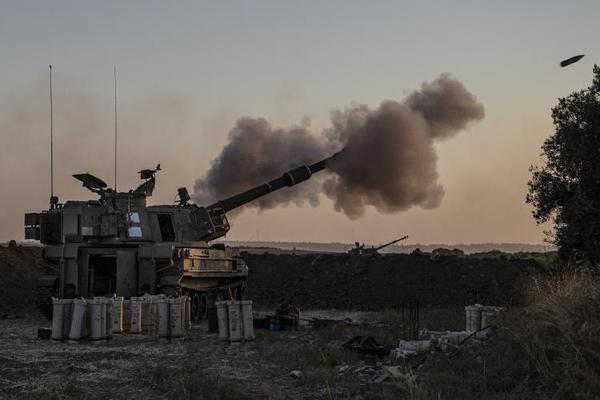 It’s hard waging war against terrorists camped out among civilians. It’s even harder when your best ally starts edging away. That was the position Israel faced after an abrupt change-of-face by the Biden White House. Until Wednesday, the Biden team supplied the press with readouts stressing America’s “strong” and “unwavering support” for Israel, based on the president’s calls to Prime Minister Benjamin Netanyahu. Those days are over. Biden buckled under growing pressure from anti-Israel faction 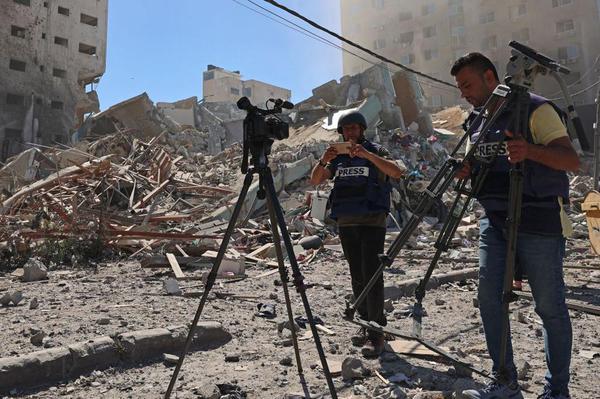 The decline and fall of the Associated Press

Once, long ago, in a land far away, the best journalists tried to stand aloof from the stories they reported. The idea was simple and powerful. If journalists tried to be neutral and kept their reporting separate from their opinions, analysis, and speculation, then the public would believe them. Those days are long gone — and the media’s credibility is gone with them. Journalists and media organizations are now smack in the middle of many stories they cover, in part because they want to be. The 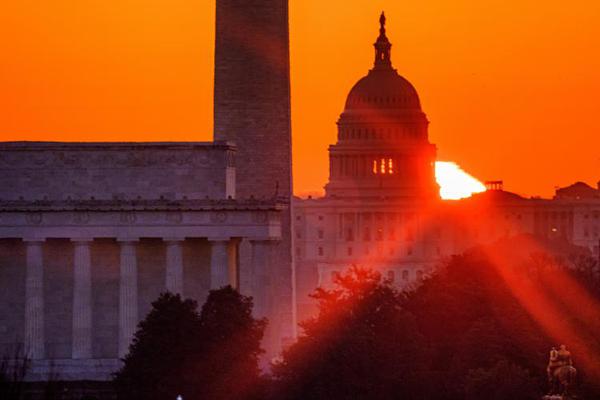 The Elephant and Donkey Go Plunging Over the Cliff

In the 19th century, when political parties worried about voters who couldn’t speak English or read campaign flyers, they adopted animal symbols. Despite originally being a symbol of ridicule, the Democratic Party came to embrace its inner donkey. Likewise, the Republican Party grew to love the elephant. It was an easy way to identify their candidates. Today, the elephant and donkey are less-beloved mascots and more like Wile E. Coyote, who continually plummets over the cliff in futile pursuit o 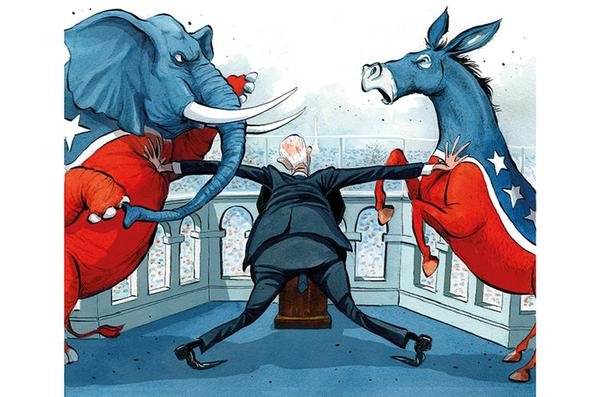 Who wants bipartisanship? The short answer is: neither side, so neither is getting it. Activists in both parties have been clear about that. There was a moment, last spring, when it seemed Democrats might opt for centrism. It came when Rep. James Clyburn endorsed Joe Biden, who went on to defeat Bernie Sanders and capture his party’s nomination. Biden promised general election voters a center-left agenda and extensive bipartisanship, though he did bow occasionally to his party’s left-wing. Bi 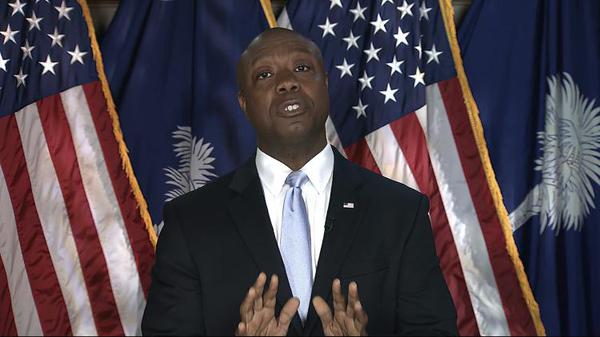 The Politics of Attacking Tim Scott

After a week of vicious personal attacks on Sen. Tim Scott, it’s time to step back and ask what’s really going on here. Why such ferocious pushback after Scott’s calm rebuttal to President Biden’s speech to Congress? Why are the assaults so nasty, so personal? What are the political implications? One implication should be clear, but another is well hidden. The obvious one is the attacks are meant to keep Black voters firmly within the Democratic coalition. Condemning dissidents like Scott as “r 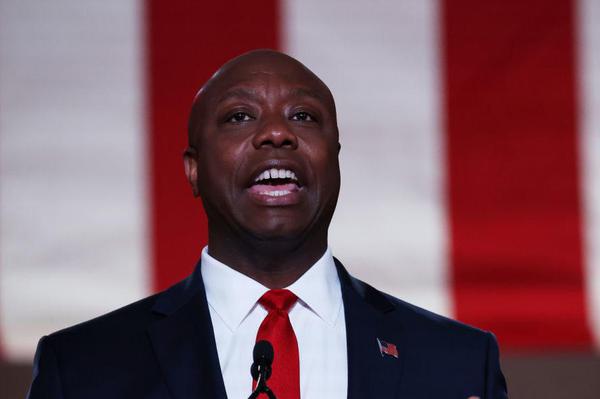 The latest target for online mobs is South Carolina’s Republican senator Tim Scott. His ‘crime’ is apparently being a black conservative who gave a thoughtful televised response to President Biden’s address to a joint session of Congress. The mob responded by calling him ‘Uncle Tim’, a none-too-clever play on the old racial epithet, ‘Uncle Tom’. Twitter allowed that hashtag to trend. Scott has endured such insults before. So have all black conservatives. They shouldn’t have to stand alone in th 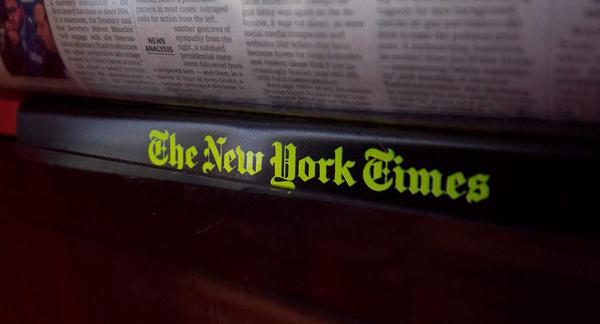 Burying the Lede to Help Your Friends › American Greatness

The duplicity and spin of American media continue apace. Last week, it was NBC “Nightly News’” decision to delete essential information about a deadly police shooting. NBC’s flagship news program edited a 911 call to remove the victims’ cry for help. The caller and people in the background said plainly attackers were trying to stab them. Not that you would know that if your news came from NBC. It deleted any mention of “stabbing” from the call. But, wait, as the infomercials say, there’s more.
Load More Articles
Close ✕

Thanks for stopping by. Subscribe to receive my latest articles.

Thank you! You will receive an email to verify your subscription shortly.