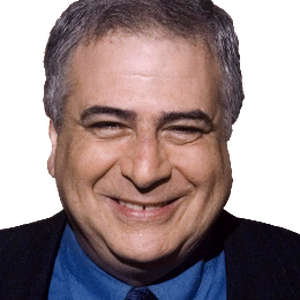 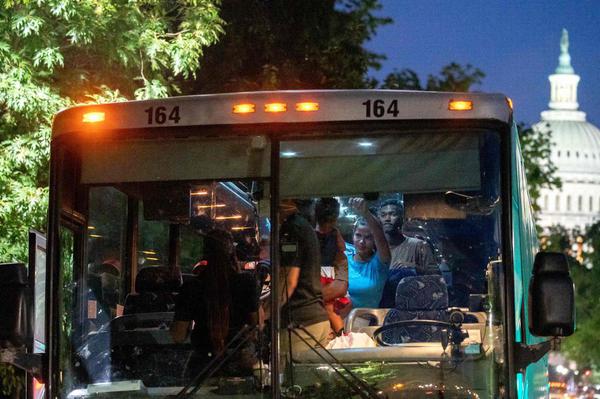 The surest sign that public policies are simply virtue signals is when the messages don't cost anything. The easiest way to tell when that signal starts to fail is to watch politicians flounder as the costs start to rise and voters demand relief. It was free—and meaningless—for progressive churches to post banners calling themselves "nuclear free zones" during the Reagan era. Their dwindling congregations loved it. It was free, after George Floyd's murder, to post woke catechism signs on your f 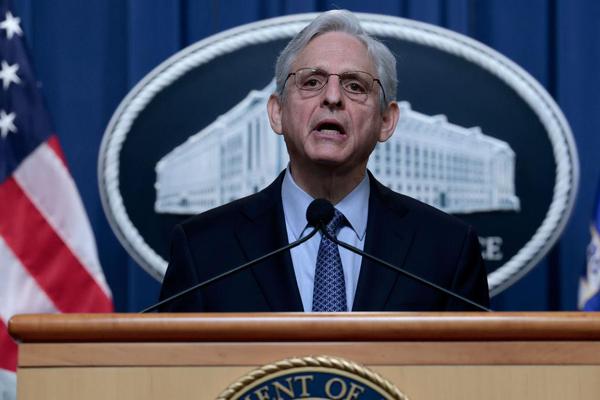 How to clean house at the FBI and Justice Department

The two most striking features of the FBI’s unprecedented raid on Donald Trump’s Mar-a-Lago home are its bold intrusiveness and the public’s mistrust of the Bureau’s honesty and integrity. The Department of Justice could have used low-profile subpoenas to force Trump to turn over any documents, including the most sensitive ones. It didn’t. Instead, it sent carloads of federal agents to search the former president’s house. That raid was also unusual in a second sense. Although mishandling federal 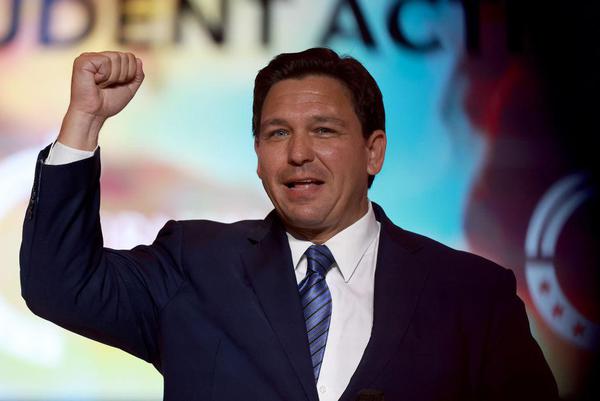 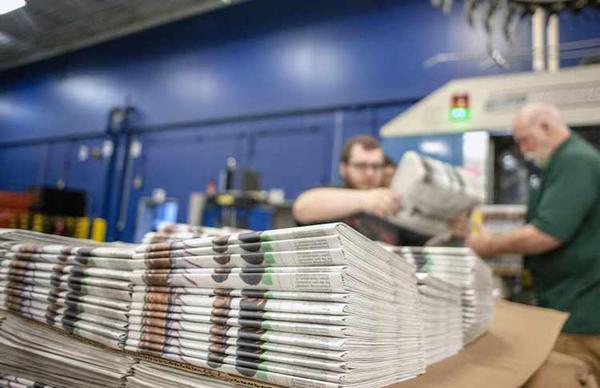 The Decline and Fall of Newspapers

A few years ago, you would have unfolded your newspaper and read opinion and analysis like this. Those days are gone. Today, most of us get our news and commentary online, perhaps supplemented by network or cable television, although TV viewership is far smaller than in the days of “The Big Three.” Buried alongside those iconic broadcasters is the public’s confidence in news from all sources. Only 16% of Americans say they have a “great deal” or “quite a lot” of confidence in newspapers, only 11 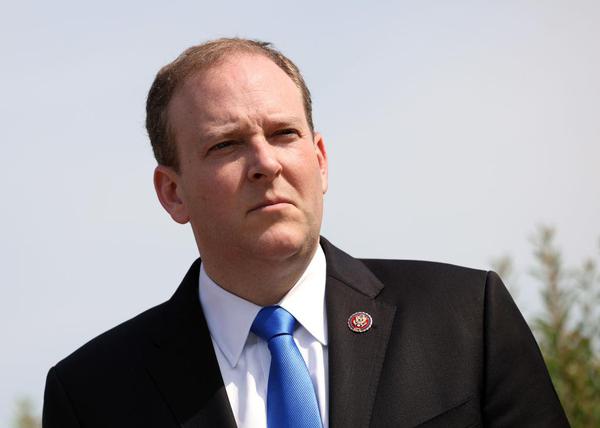 The attack on Lee Zeldin was an attack on our Constitution

Even so, the incident was terrifying, not only because it endangered Representative Lee Zeldin but because it underscores two grave problems facing America. One is the failure of our law enforcement system to treat serious crimes seriously, both to deter them and punish the offenders. This failure makes it a misnomer to speak of our “criminal justice” system. It’s not providing justice, and it's not deterring crime, especially violent crime. The second is... On Thursday, a man jumped onstage an 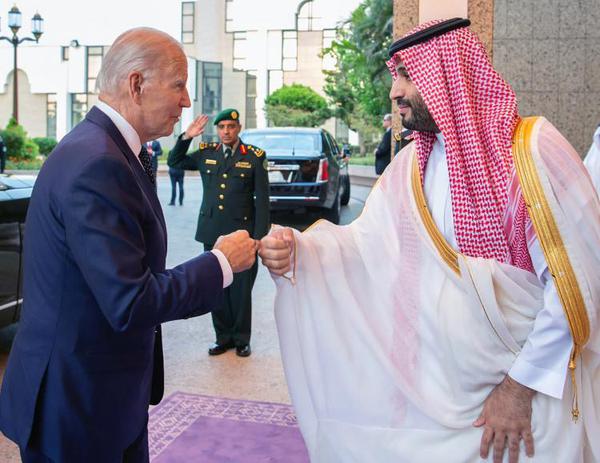 Houston, We Have an Energy Problem

President Biden’s return from Saudi Arabia with a nearly empty gas can underscores what we already knew: This administration’s energy policy is not only flailing, but incoherent. The president’s genuflection in Jeddah would have been humiliating even if it had been successful. He felt compelled to visit the very regime he called a “pariah,” to fist bump the man our intelligence agencies say ordered the murder of journalist Jamal Khashoggi, to plead with the kingdom for more oil production. All 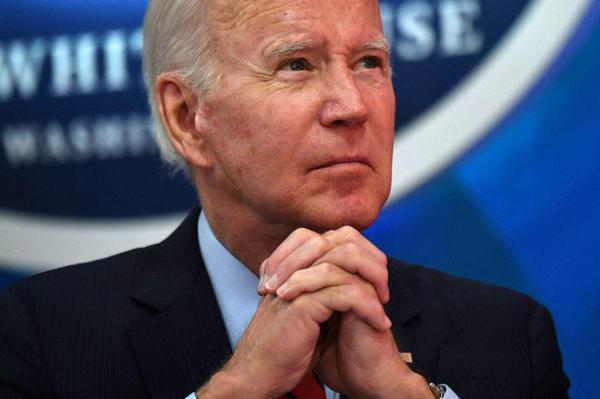 Biden is the emperor with no clothes 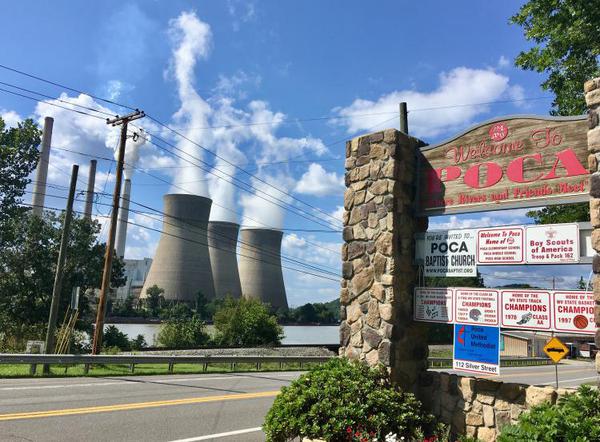 Reining In the Fourth Branch of Government

The Constitution provides for three branches of government, sharing sovereign power. In fact, we have a fourth branch, the sprawling administrative bureaucracies. They are nominally part of the Executive Branch, which struggles to control them. Congress struggles, too, and now spends much of its time trying to oversee them. The oversight is spotty and the bureaucracies are often left to their own devices, free to write their own rules on even the most important issues. Last week’s Supreme Court 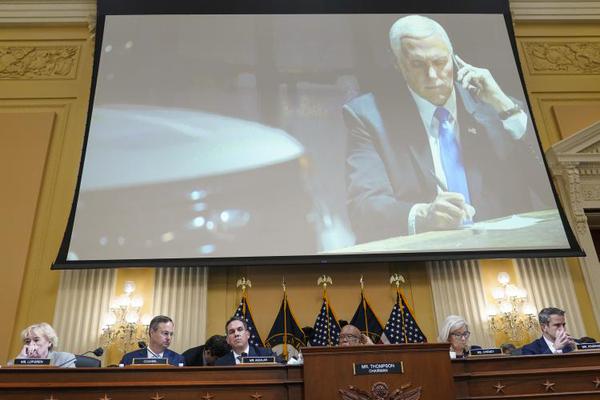 The central point of the January 6 Committee hearings was already well known, but it deserves to be underscored because it is so fundamental to the integrity of self-government. Donald Trump never accepted his defeat at the polls and actively sought to prevent Joe Biden’s certification as his successor. To put it bluntly, Trump tried to overturn our nation’s established procedures for the peaceful transfer of power. Even though this attempt failed, it did lasting damage. Trump kept telling his 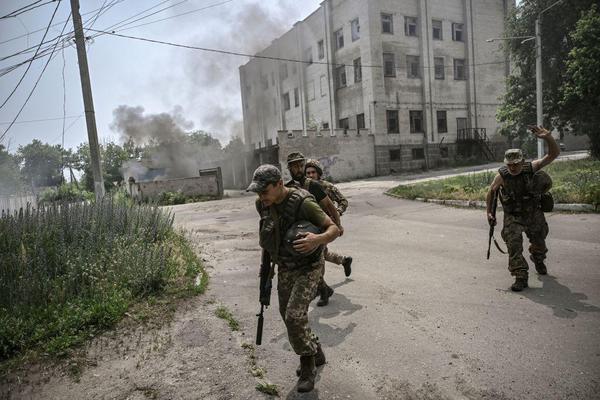 Russia slogs through the Donbas

A brutal artillery battle: that’s what the latest phase of Russia’s war on Ukraine has become. Vladimir Putin failed in his original goal of seizing the entire country swiftly, beginning with the capital of Kyiv, and installing a puppet government. When Ukrainian resistance prevented that, Putin shifted to a smaller, more achievable objective: establishing complete control over two eastern provinces, Luhansk and Donetsk, which border Russia and are jointly known as the Donbas region. That’s wher 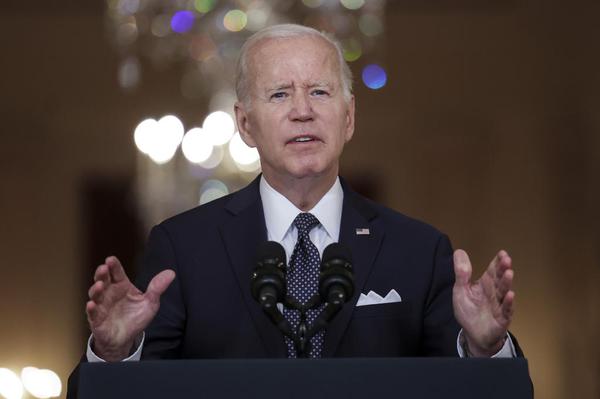 There are five stages of grief, according to Elisabeth Kübler-Ross, beginning with denial and ending with acceptance. The Biden administration must have learned from that sequence, since it regularly trots out five successive explanations for its mounting policy failures. Like Kübler-Ross, the administration begins with denial. Here are the Biden administration's five stages: • It's not really a problem. You just think it is. • It's only a problem for some people, especially rich people. It doe 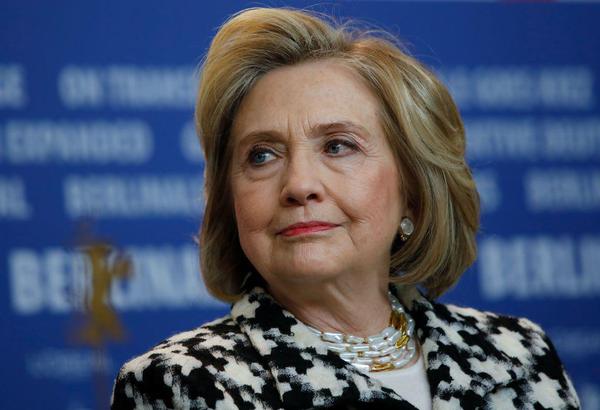 The stench from the Sussmann trial

Democracies cannot survive without public trust. Citizens must be confident that elected officials represent their interests, at least in broad terms, and are not corrupt, self-dealing con men. They must believe the courts dispense justice... The essential elements of stable democracy are encompassed by two words: “trust” and “fairness.” Every basic tenet necessary for democratic well-being is being violated in Michael Sussmann’s trial for lying to the FBI. We don’t know yet whether Sussmann wi 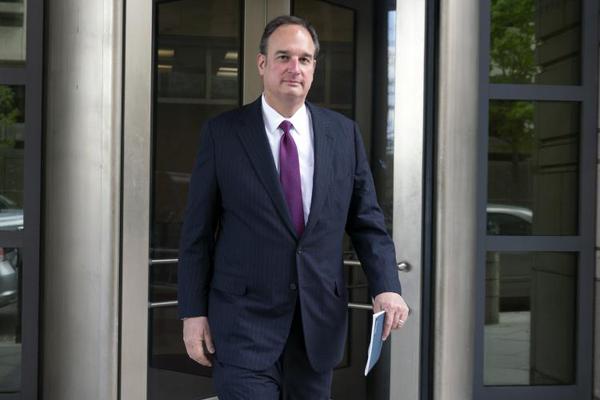 Modern political scandals, like Caesar’s Gaul, are divided into three parts. The first is the actual malfeasance. That might be taking bribes, lying to federal agents, leaking classified materials, sexual misconduct, selling political access, whatever. The second part is the hyper-partisan involvement of Congress and, often, federal agencies, all eager to score points for their side. The third part is the media’s role, which goes beyond bias to include active promotion of political goals. Feder 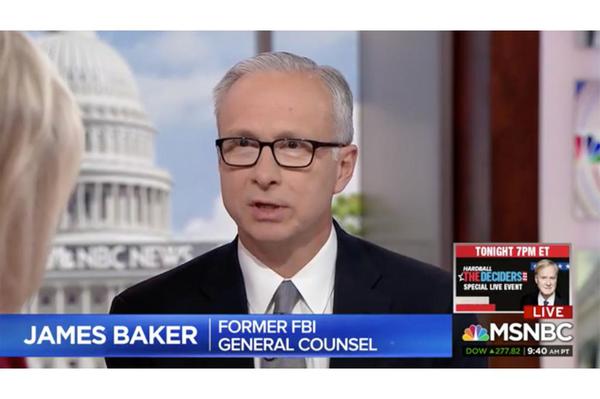 Michael Sussmann, a senior lawyer for Hillary Clinton’s 2016 campaign, is currently on trial for lying to the FBI. The allegation is straightforward. As the election approached, Sussmann texted his old friend and fellow attorney, James Baker, requesting a brief, urgent meeting. Baker was the FBI’s top lawyer and Sussmann was a partner at Clinton’s election-law firm. They were friends from their days together at the Department of Justice and continued to know each other socially. According to the 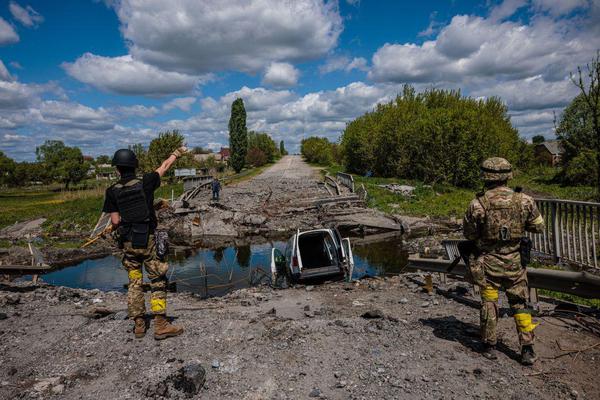 How long can Russia stay in this fight?

The central point is one we all know: Ukraine has prevented a Russian victory but has not yet won the war. There is still hard fighting to come, but the battlefield is increasingly tilted in Ukraine’s favor. Vladimir Putin wanted to seize the capital, decapitate the Zelensky regime, install a puppet government, and control as much of... The sheer complexity of the war in Ukraine can mask its most important features. So let’s cut through the complexity and focus on where the combatants now stand 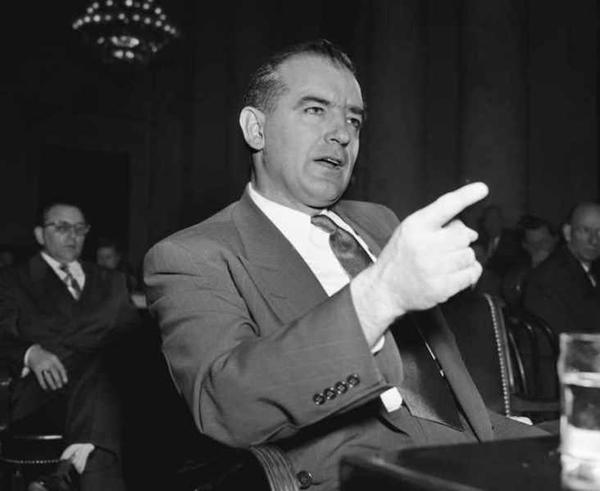 It is rare to meet someone with true moral courage, someone who risks everything to do what he knows is right. I was privileged to know such a man, George Anastaplo. His story, set during the Red Scare of the 1950s, needs to be told because it applies today, when political zealots again demand rigid conformity. George, a boy from rural Illinois, refused to bow down to the most powerful lawyers in his home state. He knew their demands were wrong, even though he could have easily and truthfully s 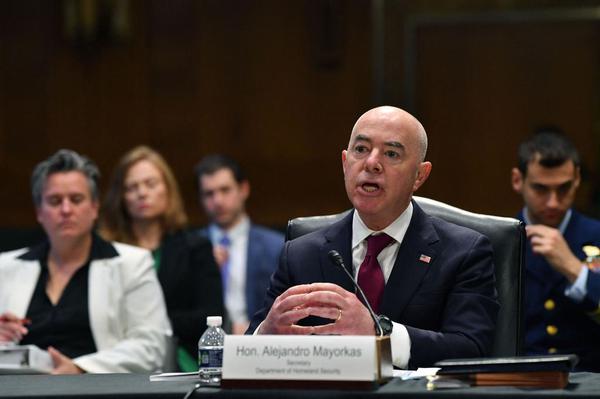 Biden's disinformation board is a gift to Republicans

If you worked really hard, you might be able to come up with an idea as unappealing as a government disinformation board. Voters already distrust the government and are especially concerned about its excessive intrusion and unchecked regulatory power. If you worked even harder, you might find as bad a person to lead it as Nina Jankowicz, a self-styled "disinformation expert" whose real specialty seems to be spreading disinformation to support her left-wing views. If you tried hard to justify t 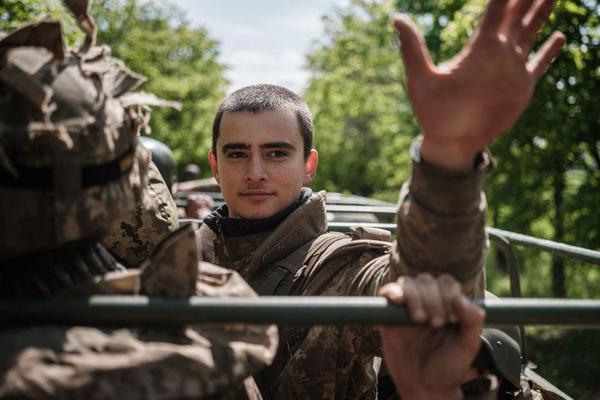 Ukraine is going to win

But even in these favorable conditions, Moscow’s plans aren’t working out. The Ukrainians may lack superior numbers, but they could very well win back most of the territory Russia has occupied since 2014.... The climactic battle for Ukraine is being fought in the east, on the dangerous, open terrain of the Donbas. Since it will be won with heavy, long-range firepower, Russia ought to have a huge advantage. After all, it has spent decades building a military meant to overwhelm its enemies with v 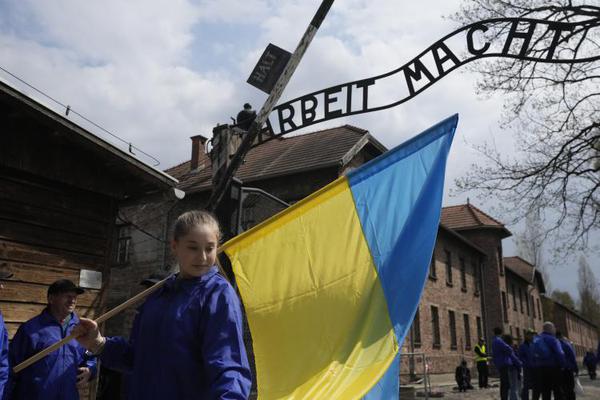 Why America Changed Its War Aims in Ukraine

Slowly, slowly, the United States has expanded its war aims in Ukraine and significantly altered its pipeline of military supplies. Those two changes are mutually reinforcing. The U.S. is finally sending Ukraine the heavy weapons it needs because the Biden administration has finally decided it actually wants Ukraine to win and the Russian army to suffer losses so drastic it will not threaten other Western countries. Highlighting these changes is not meant to downplay the support America has alr 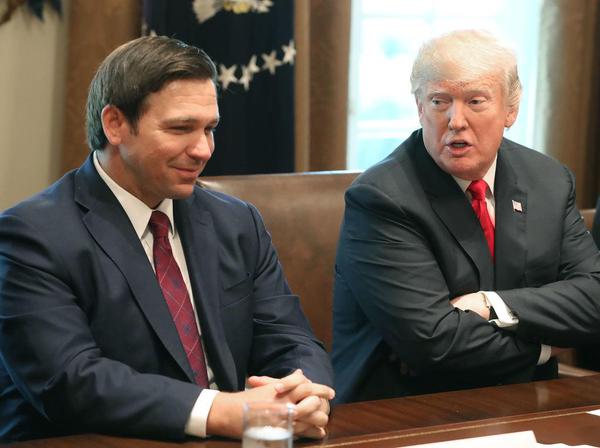 Can DeSantis get past the Donald?

First, he won the hearts and minds of conservative voters and many independent parents by passing a law that prevents teachers from discussing sensitive topics of gender and sexual orientation with young students (grades three and under). Second, he confronted and defeated one of Florida’s largest and most influential employers, Disney World, on a vital issue. He stripped Disney of its special privilege to govern the vast territory... Last week, Florida governor Ron DeSantis took two big steps
Load More Articles
Close ✕

Thank you! You will receive an email to verify your subscription shortly.